Valorant is the latest game from League of Legends developer Riot Games. The game has proven to be extremely popular with PC players and it continuously receives regular updates and new content.

Valorant was a hit before it was even released. To build up hype for the game, you could only gain access to the two-month-long Valorant beta by watching Twitch streams, but getting a key wasn’t guaranteed. It meant that Riot Games’ competitive shooter in the game got the attention of thousands of eyeballs – and smashed several established live-streaming viewership records. When the release came along, people wanted to be a part of the action.

And rightly so, Valorant has become a hot property in the PC gaming space and is a firm challenger for the team-based tactical shooter crown, which has been held by CS: GO and Overwatch for many years. Its staying power will obviously be questioned, but as it stands, Valorant appears to be going from strength to strength.

The game takes the extreme precision gunplay of CS: GO and adds in unique characters that come with their own set of ‘hypernatural’ powers and weapons. It’s a tactical, hero-based shooter ready-made to be a popular sport.

Speaking of esports, Riot Games wants to ensure the game is responsive and as far as possible. It implemented a stringent anti-cheat system and ensured the game runs on multiple types of PC hardware, from low to high-spec PCs. It’s also committed to ensuring players experience less than 35ms of latency by building several global data centres.

Simply head over to the Valorant website and click ‘Play Now. You’ll be asked to either sign in or create a new Riot Games account if you don’t have one already. Once you’ve signed into your account, you’ll see a landing page where you can download the game. Click ‘Download’ and run the ‘Install VALORANT .exe’ file. You’ll then be guided through the installation process. You’ll also be asked to install Vanguard, Valorant’s anti-cheat client, which needs to be running in the background for you to play the game.

Valorant’s new competitive mode is where the best players battle to achieve the highest ranks possible. There are eight divisions, each of which has three ranks. The highest rank is Radiant, followed by Immortal, Diamond, Platinum, Gold, Silver, Bronze, and Iron.

After completing 20 unrated games, you’ll need to play five placement matches until your qualifying rank is revealed. If you top the scoreboards after each round and help your team victory, you can expect to achieve a higher rank.

Once you’ve qualified, you can either gain promotion or risk demotion depending on your performance. 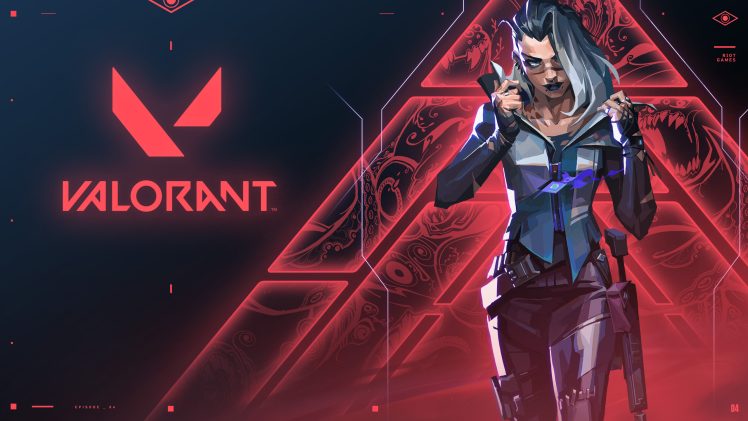 Valorant’s cast of 11 characters each has its own strengths and weaknesses, and it’s up to you to find your favourite. Each hero plays an important role in how a team can approach each encounter on the battlefield, so it’s important to get to grips with each hero’s abilities and learn their playstyle if you want to maximize your chances of winning each match.

Each character falls into four classes: Duelist, Initiator, Sentinel and Controller. Duelists are suited for players who like to take the fight to the enemy; Initiators are scouts who can help determine the opposing team’s location; Sentinels are for defensive players who prefer to play support Controllers are specialists at blocking off sightlines and disrupting tactics.

Over time, more characters will be added to the game, with Riot Games already adding two new combatants during Valorant’s launch window, Reyna and Killjoy. Here are the current set of characters and their class:

There are currently five playable maps in Valorant, each requiring a different strategic approach. They are as follows:

Icebox is a brand-new map that takes place at an abandoned Kingdom research facility in the arctic wilderness. It’s the perfect place to flex your aim and harness your agent’s abilities, but watch out for enemies ziplining from above.

Icebox promises to favour those with a razor-sharp aim and teams that can effectively win skirmishes while adapting to the ebb and flow of each match. There are currently five playable maps in Valorant, each requiring a different strategic approach. They are as follows:

Icebox is a brand-new map that takes place at an abandoned Kingdom research facility in the arctic wilderness. It’s the perfect place to flex your aim and harness your agent’s abilities, but watch out for enemies ziplining from above.

You can squad up with your friends today as Valorant is now available as a free-to-play downloadable title for PC. The game uses its own standalone client, and there is currently no news of a Steam release.

If you didn’t get a chance to participate in the Valorant beta, don’t worry – everyone will start fresh from the game’s official launch date. Any purchased skins and cosmetics will also not carry over, but players will be refunded in Valorant points (the in-game currency) and a 20% bonus.

No. Any progress you made in the beta will be reset. Riot Games has hinted that Valorant’s gameplay may change at launch, so it decided that everyone should start on a level playing field.

What Happens To The Valorant Points You Purchased During The Beta?

Cosmetics will also not carry over from the closed beta, but players will be refunded with in-game currency and a 20% bonus if they buy any skins. So, if you spent 1000 Valorant Points, come launch, you’ll have 1200 to spend.